The project aims to develop initiatives in order to reduce disparities and improve the anti-discrimination measures towards groups which are vulnerable to social and economic exclusion by developing and implementing a field trial of the Dâmbovița County Action Plan 2015 – 2017. The Action Plan is intended to fight against / to reduce discrimination / differences and promote social inclusion, diversity and intercultural understanding, and it has been developed based on the Study concerning the situation of the disadvantaged people in Dâmbovița County.

The Project target group consists of 250 people, as follows: 50 decision makers and specialists of authorities / institutions / public services working at local / county level, 15 decision makers and experts of non-governmental organisations, 20 social workers from professional associations working in social care or with people who belong to vulnerable groups, 15 people working in the private sector, who will participate in interactive workshops, training sessions and the field trial of the Action Plan, and 150 people belonging to vulnerable groups – with a view to carrying out the field trial of the Action Plan 2015 – 2017 and to participating in the interactive workshops.

The project will contribute to raising awareness of social inclusion, discrimination, disparities, diversity in the Dâmbovița County through carrying out a campaign called”Equality in Diversity” Caravan.

The proposed Project activities will help reduce inequalities and improve the anti-discrimination approaches towards groups which are vulnerable to social and economic exclusion. 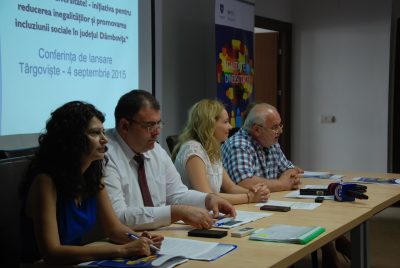 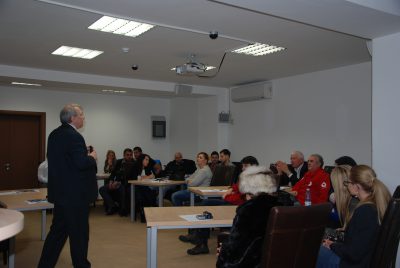